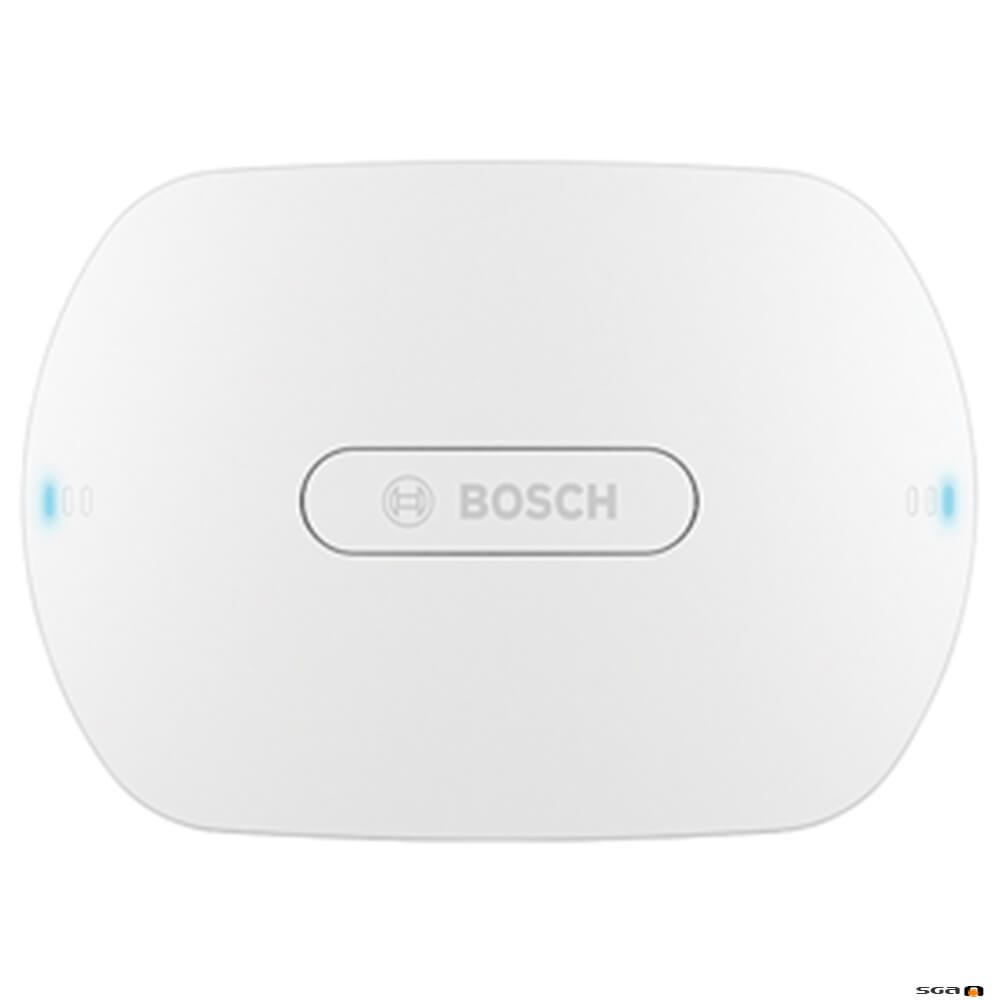 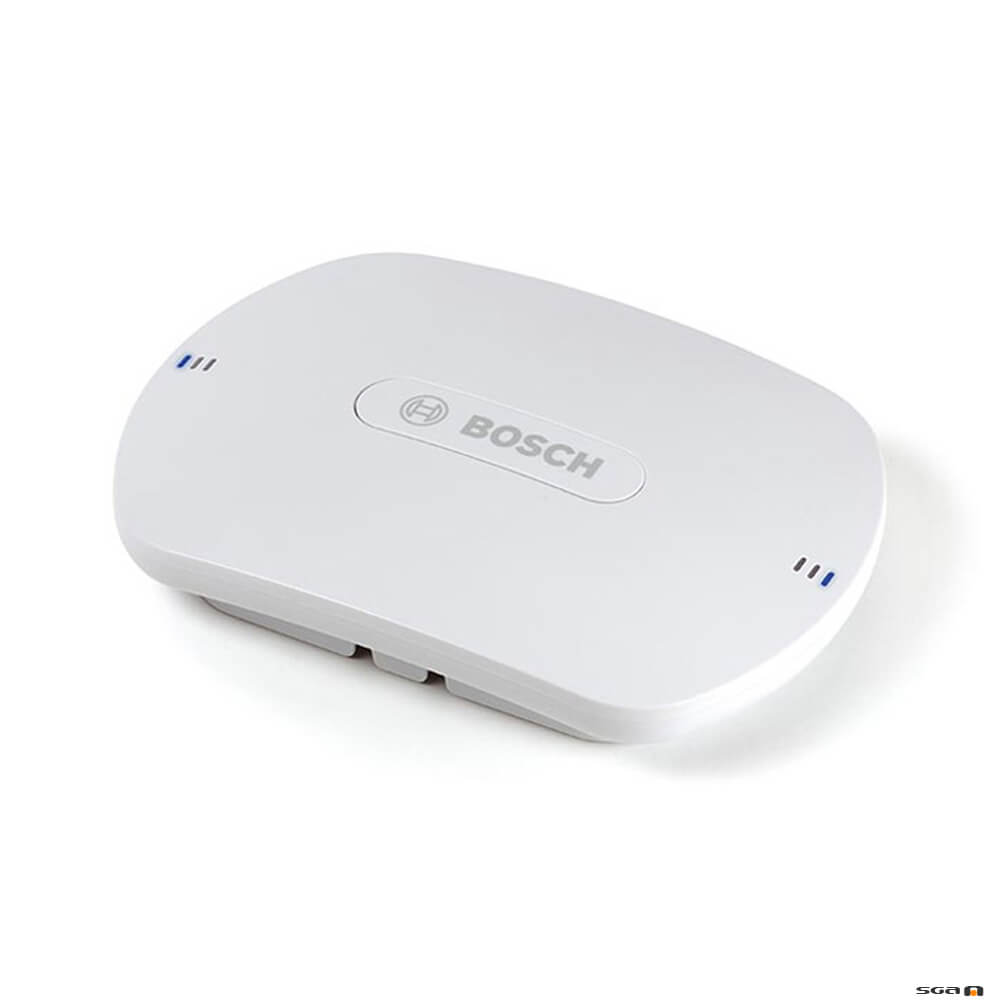 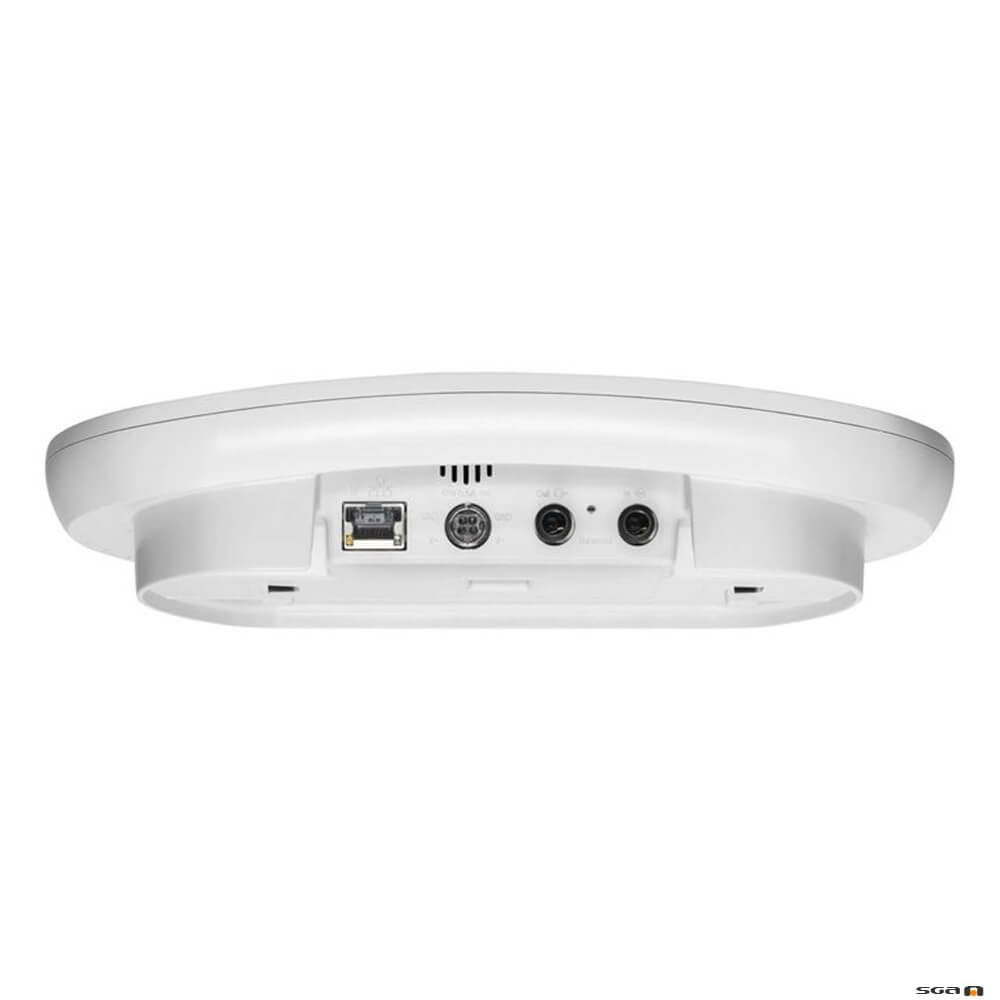 The Bosch Dicentis DCNM WAP Wireless Access Point is the central control device of the Dicentis Wireless Conference System. It links the Bosch Wireless Devices (DCNM WD and DCNM WDE) by means of secure wireless WPA2 communication. The compact DCNM WAP with built?in web browser interface is all that is needed to set up, configure and control the Dicentis Wireless Conference System.The Wireless Access Point can be placed unobtrusively on a wall, ceiling or even a tripod floor stand by using the included universal mounting bracket.

The DCNM WAP includes a built-in web browser that enables true wireless connection, configuration, control and licensing via PC, laptop or tablet without the need for a wireless router (some functions are not supported when a tablet is used). The built-in web-browser provides extended functionality and control with easy and intuitive user interface which also supports multiple languages. Two DCNM WAP’s can also be set up to create wireless redundancy to maximize reliable communication and meeting continuity.

The Dicentis Wireless Conference System System utilises standard Wi-Fi according to the IEEE 802.11n standard and operates in the 2.4 and 5 GHz bands (license free). The system is visible in the network and will easily coexist with other Wi-Fi WAP’s that will recognize the Bosch Dicentis DCN WAP and can then avoid using the same channel. All wireless signals within the system are WPA2 encrypted providing a highly secure encryption method used by mobile devices to guarantee protection against tapping or eavesdropping. Smart Wireless Management allows the system to constantly monitor the availability and load of channels. When traffic increases it seamlessly and automatically switches to free channels without interference or interruption. It has a typical wireless coverage area range of 30m x 30m and includes a range test function to guarantee that all Wireless Devices are in range, independent of the selected WiFi frequency.

Packet Loss Concealment allows the system to automatically predict what a damaged or lost packet should be and fills the gap, resulting in continuous audio without losses. This is a unique capability that no other competitive product offers.

If using with the DCNM WDE Wireless Devices there are optional software modules providing for participant / delegate identification and voting (additional costs involved). Also your corporate logo can be uploaded to display on the 4.3″ touch screen display of the DCNM WDE.

The Bosch Dicentis DCNM WAP also has built-in support for automatic camera control for up to 6 HD Conference Dome cameras (ONVIF protocol compatible) which means there is no need for third-party software applications. Configuration of these cameras can be done via a built-in web browser. If only one camera is used, no additional hardware is required. Assignment of seating positions can be present allowing the camera to track to the participants position when they speak.

The DCNM WAP can also monitor the battery levels and signal strength of each DCNM WD and DCNM WDE Wireless Device via the built-in web browser delivering easy system management.

There is a Standby mode provided via the web browser interface which can be used during meeting breaks. When selected all Discussion Devices are switched off for the duration of the break.

A telephone coupler can be connected to allow a remote participant to join the meeting, or even another conference system.

The DCNM WAP includes a 6.35mm Line input and 6.35mm Line output connectors. Power to the DCNM WAP can be provided via either Power supply adapter, Power over Ethernet (PoE) or DCN multimedia System Network Cable.

The Bosch Dicentis Wireless Conference System is an incredibly flexible and highly portable system with extensive capabilities and many options, feel free to call us for advice and a system quotation.