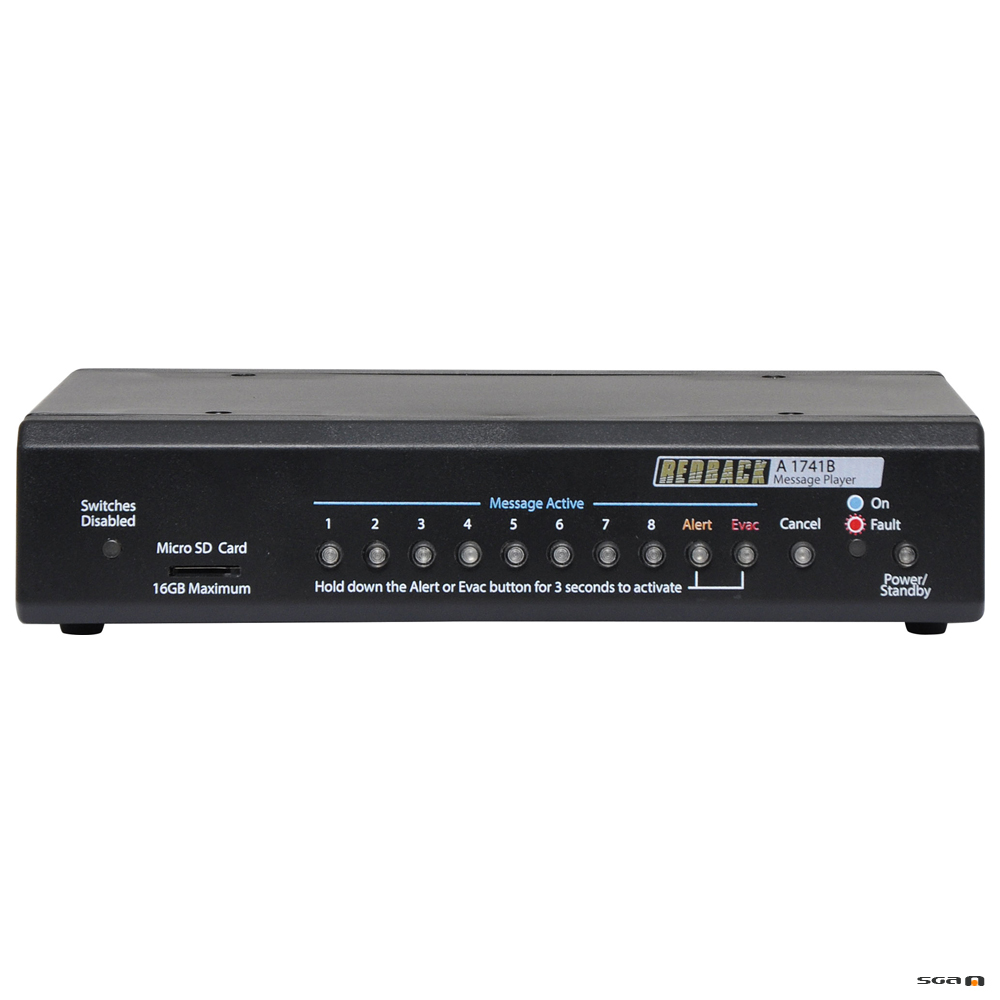 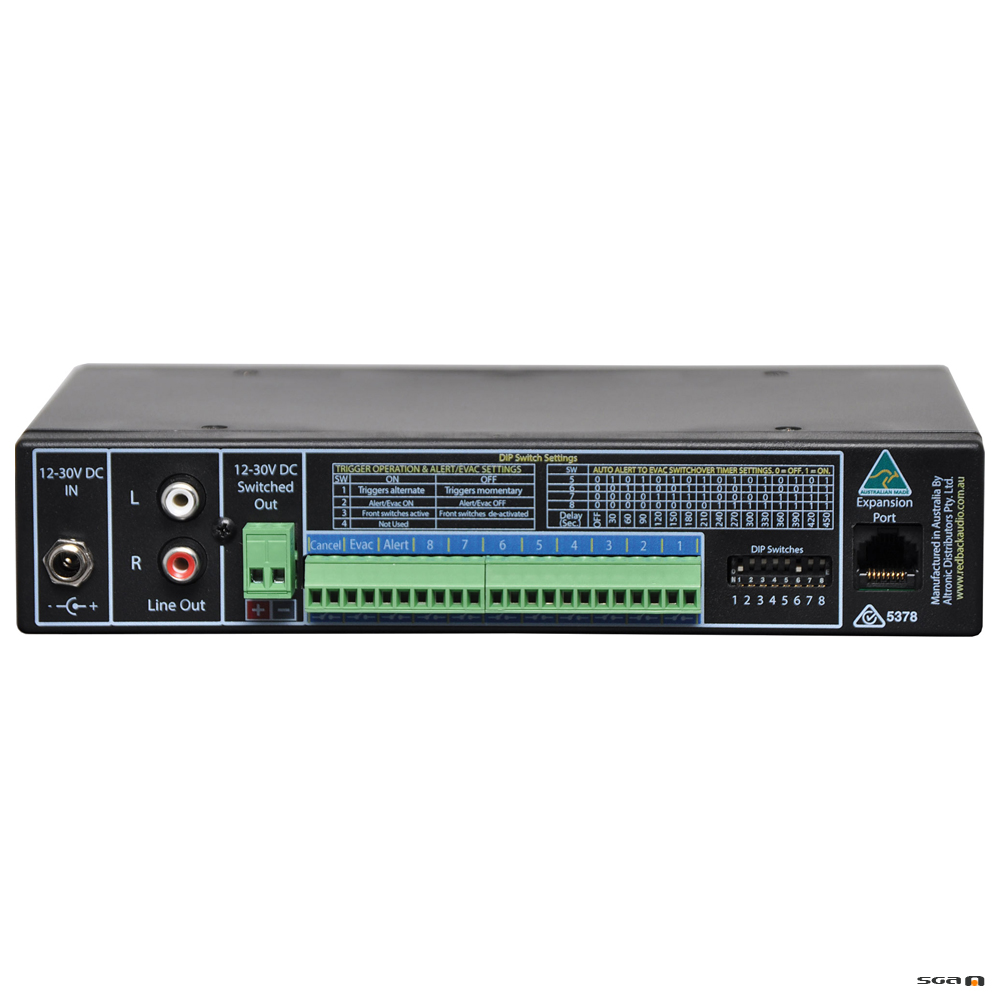 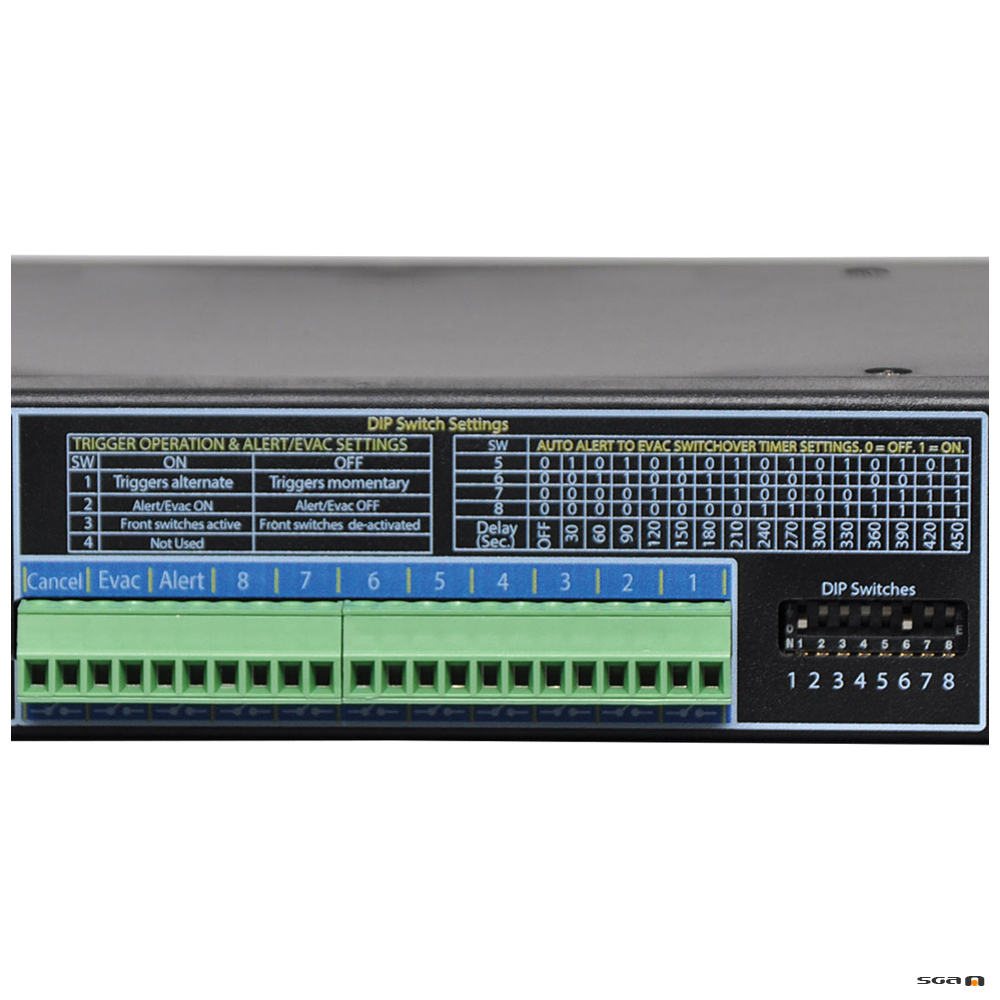 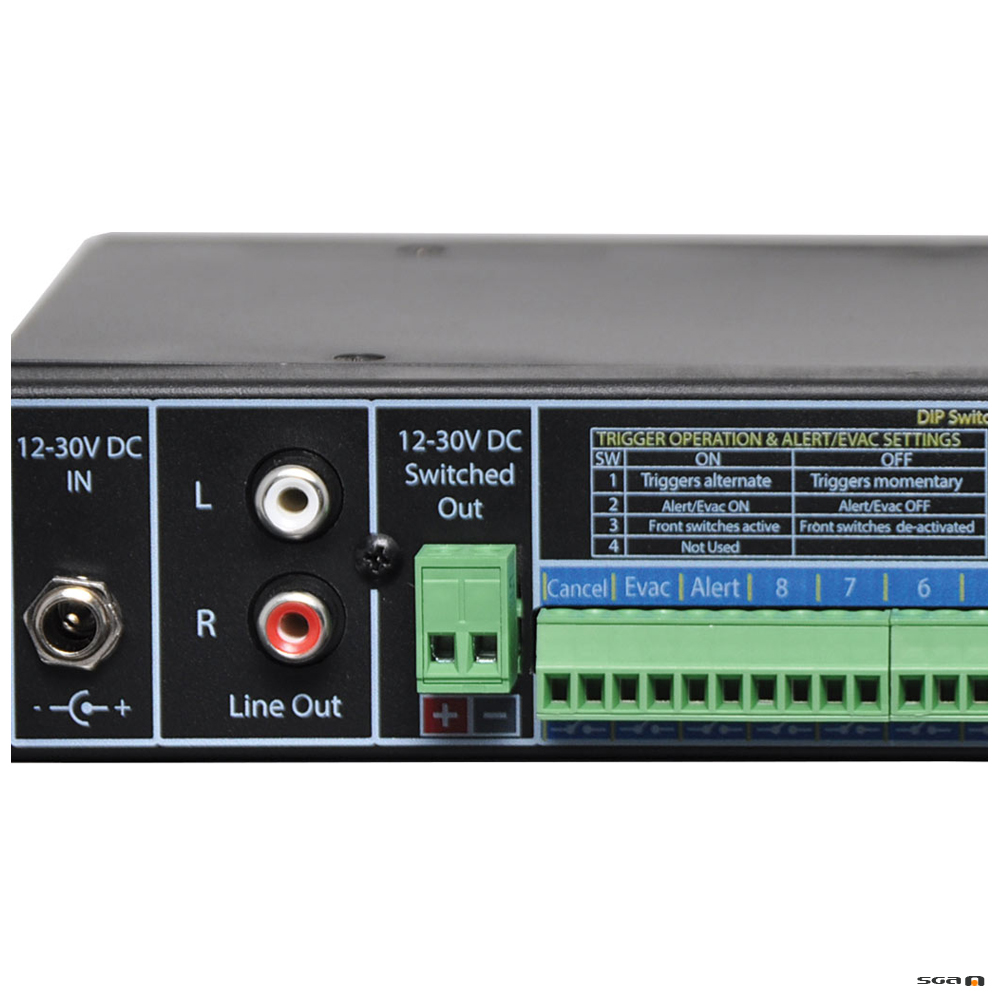 The Redback A1741B is designed to allow custom programming, tones, messages or music for use in interactive displays, security, customer entry and emergency evacuation announcements. When combined with a Redback A 1708 timer it can play announcements at prescribed times for in-store advertising and customer notification.

It allows playback of custom MP3 tracks plus standard alert and evacuation tones. A library of commonly used tones, messages and phrases are provided on a Micro Secure Digital (SD) memory card. Custom MP3 tones, music etc may be added as desired. The micro SD card is preloaded with standard tones, including bell, bing bong, siren and pre announcement chime, plus Australian Standard alert and evacuation tones (complying to AS1670.4). To comply with Australian Standards for evacuation tones, a custom message may be played after every fourth cycle providing evacuation instructions to occupants. Alert tones can be automatically switched to evacuation tones after a set period (adjustable between 30 and 240 seconds).

Playback for each track can be activated by a closing set of contacts. Contacts may be configured between alternate or momentary action. This can include or exclude alert & evacuation tones as desired. Cancel contacts are provided to stop playback of tracks. Playback can also be manually triggered by front panel switches (if activated via the DIP settings on the rear panel). 9-24V DC switched output which is activated when any message is active (the switched output is dependent on the input voltage).